Emmie and the Tudor Queen review

Emmie and the Tudor Queen is the stunning sequel to 2019, Emmie and the Tudor King. The latter was one of my favourite reads of last year and I was excited to fall back into the same world and immerse myself with the characters I’d come to love. It did not disappoint as it integrated another one of my favourite things, history and in particular, Tudor history! If you haven’t read the first book you may want to stop here, or if you are happy with some mild spoilers, feel free to read on! 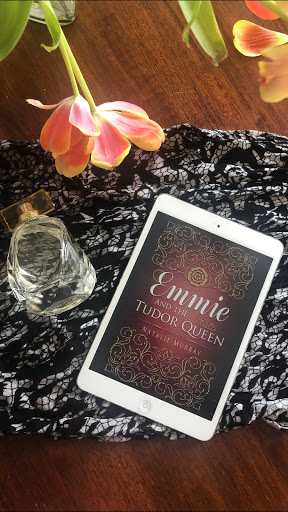 The book starts where the last one finished up, with Emmie deciding she wants to live in the 16th Century with Nick and leave her old life behind. She is announced as the future queen and there is still a strong sense of scepticism about who she is and where she has come from. While there is a lot of other problems within the inner circle going on throughout the course of the book, the key part of the plot is Emmie ultimately deciding if the 16th Century is really worth it or if she should return to the 21st Century to be with her parents.

My favourite part of sequels is the opportunity we are provided with to reconnect with the characters we came to love in first instalments. It was great to see the character development of the main characters, Emmie and Nick, and how they started to approach problems they were faced with in a different way. Emmie’s resilience really shone through in this book and there were numerous times where I thought she would give up but she persevered. I also really enjoyed some of the side characters and felt they added so much to the experience. Alice Grey and Francis were highlights, whose development grew so much in this book and it was nice to see the chemistry grew between them.

It was certainly a fast-paced book which wasn’t too long, and kept me engaged throughout. There was always some form of drama unfolding which needed to be dealt with, whether it being Emmie and Nick’s difficult decision to make about where to live, Alice and Francis’ relationship which was very entertaining and overall, Emmie’s dilemma which was the key focus of the text. Something that really stood out and I felt worked really well was the shifting back and forth in time between the 21st Century and 16th Century. In this book, it happened more often and each time Emmie went home, she was more torn about whether to stay or whether to leave again to be with Nick. I also loved the dynamic between her and her mum which started off a bit hostile but grew throughout the pages as she came to understand the situation (however unreal it may have seemed!)

As a lover of historical fiction and someone who is, admittedly, becoming fonder of romance as she grows older, I thoroughly enjoyed the wild ride that Emmie and the Tudor King took me on. You will laugh, you will cry, and you will grow to love the characters who each bear their own strengths and weaknesses. Definitely excited if there is a sequel!

Emmie and the Tudor Queen is available now in Australia/US! Thank you to the author, Natalie Murray, for providing me with a copy for review!