My Top Underrated Reads for 2018 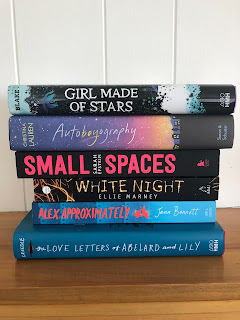 Happy Thursday everyone! In this post, I will be discussing some of my favourite reads for the year, which have not been hyped up as much as they should have been. All of them are contemporaries and I feel like this may be due to fantasies/dystopian books being much more popular amongst young adult readers. So without further ado, let's get into it!


Girl Made of Stars by Ashley Herring Blake 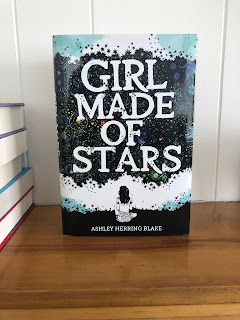 Girl Made of Stars is quite a shift from the fluffy nature of contemporary reads as it discusses some serious and controversial topics (uncommon in YA), including rape and sexual assault. It revolves around the protagonist, Mara, and her twin brother Owen. At first, these two seem inseparable. They do everything together and mingle within the same social groups within school. Part way into the story, one of Mara's closest friends accuses Owen of rape and the rest of the story is focused on Mara attempting to come to terms with this news. She battles as to who she should believe: her family or her friends? While tackling this, Mara is also confronted with her own relationships struggles with her ex-girlfriend.

I thoroughly enjoyed it and especially the way that it did not shy away from topics that are deemed to be sensitive among younger readers. I applaud the authors decision to write from the perspective of the accused's brother, as it incorporates another element into the story. It especially allows the author to tease out the conflict within Mara's mind, which is something I have never encountered before. The characters are well developed and easy to relate to, not in regards to the situation which has unfolded, but in their position as fallible, every day people. The relationships are the focus within the plot of this book and they are so well developed and I really enjoyed watching them grow or in other cases, fall apart. The events in this book are events which could happen to anyone. They are not glossed over or made to look 'glamorous'. It is the impact that it has that stayed with me after I had turned the final page. 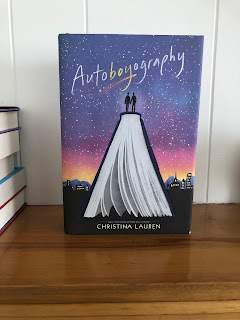 Autoboyography is a beautifully written book which focuses on the main character, Tanner, and his journey of coming out. It can be compared to Simon Versus the Homo Sapien Agenda, but honestly, I preferred it more. It is based from the perspective of a 17 year old boy called Tanner, who is bi-sexual (yet to come out), who is living in a conservative town in Utah were the majority of the population are Mormon. This is a struggle not only for himself, but his family as well who had previously had links with the church. The whole, almost, 400 pages, is a constant battle for Tanner and his love interest into gaining acceptance into a society where being gay is considered a sin. It is not very often that I admit this, but I loved each and every one of the main characters in this book and the way they developed throughout the story. There was no point in which I was bored and wanted to put the book down. I was kept engaged and interested in Tanner's story and relationships which evolved throughout. The main plot is focused upon Tanner being involved in a class at school where he has to write a book within one semester. I found this relatable as someone who enjoys both to read and write and the struggles that Tanner had to get the creative ideas to flow.

If you enjoy coming of age novels, or contemporaries with a rich, diverse cast of characters, this book is for you! It covers so many issues facing teenagers in the United States, and elsewhere, in today's world and is so heart warming (and gut wrenching in other parts). 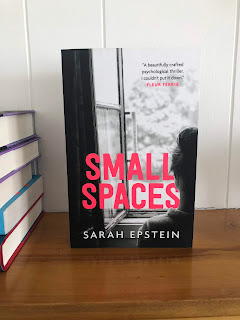 The first thing I will say about this book is that it is written by an Aussie, yay! I love Australian books that are based in small towns, they make me very excited and there is usually always a mystery to be solved and this is no exception. Small Spaces is a psychological thriller which delves into the life of Tash Carmody. Tash was traumatised when she was a child, as she saw her imaginary friend Sparrow, take a local girl away from the carnival. This book begins when Tash begins to see her imaginary friend again, and Mallory (the girl who was taken away from the carnival but later returned) family move back to town. This book kept me on the edge of my seat the entire way through. I read it in one sitting, it was very much a page turner read! It incorporates a series of flashbacks and chapters from the current day, which I believe add to the suspense. The entire book you are wondering: why is Tash traumatised and why is Mallory mute? For a debut novel, Epstein has incorporated everything that needs to be found within a YA psychological thriller. There is mystery, there are a vast range of characters who each have their own secrets and you are left wondering how all of this came about. The imaginary friend was a great addition to the novel, which really made it even more mysterious. You were left wondering: who is this friend and how did he appear and why?

If you are into fast paced, action packed, psychological thrillers like I am, I would certainly pick this up as it does not disappoint. 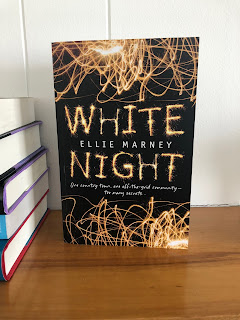 And another addition of an Australian YA author in the mix! White Night would probably be my favourite contemporary I have read so far this year. It is set in a rural town with main character Bo, befriending a girl who lives in an off the grid community. This community reminded me of Amish communities in the United States, where they live off the land and do not adopt Westernised ways of living so I am unsure if this is what Marney was going for, but this is what it felt like to me! While the novel is focused on Bo's town raising funds for the skateboard through a light show, there is so much else going on too. The story is ultimately focused on the developing relationship between Bo and Rory and wanting to be a part of Rory's world. Will Bo be able to sustain his relationship with Rory and the off the grid community?

I'm not going to spoil anything but this book was written so beautifully and the descriptions were so vivid, it made me feel like I was living in the town. It deals with so many issues including, but not limited to: illness, bullying, family conflicts, homosexuality and a segregated community (less common but still vital to this book). Another aspect that I adored about this book was the fact that Marney wrote it from the perspective of a male protagonist. I find that so many female, contemporary authors seem to write from the view point of females and this really mixed it up a bit. It's not often I say that the plot of a book is well organised and all the bits piece together nicely to create a perfect narrative, but this is what a great narrative is like. The various sub plots came together with the over arching plot and was well constructed. The characters were also so well rounded and you could sense the emotions of each and every one of them and the experiences they were facing. My favourite part of the novel would be the blossoming relationship between the two main characters. Despite their differences, they were able to develop a strong relationship and were they able to maintain it? Who knows? If you want to know, pick the book up! You will not be disappointed.

I rated this book 5 stars ⭐ 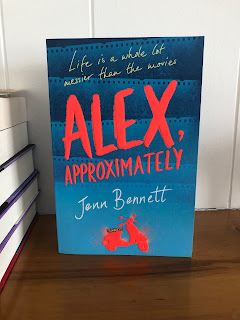 Jenn Bennett is one of my favourite contemporary authors in YA. She creates lovable characters integrated into well woven plots. Alex, Approximately is focused about the main character, Bailey, who has met a love interest online, who just happens to live in the same town as her father on the other side of the country. Surprisingly enough, Bailey then moves to live with her father and she puts on her detective boots and her mission is to find this 'man of her dreams'. This becomes quite a difficult task, as Bailey does not even know his name or anything else about him. She is also juggling a part time job at the local museum which is taking up a lot of her time, so what is she to do? This novel includes a number of issues within it which are not just glossed over and are covered in depth. The characters are all so relatable and each have their own strengths and flaws which are often missed in many contemporaries. I like the way that Bennett has incorporated film quotes at the beginning of each chapter, it makes this novel that little more special. It does deal with some heavier issues, including illness and some others which I won't reel off, but overall, it is quite a light and fluffy read. It is easy to relate to and the characters could have definitely been me in my teenage years. It is reminiscent of a romantic comedy and for that reason, it is right up my alley.

The Love Letters of Abelard and Lily 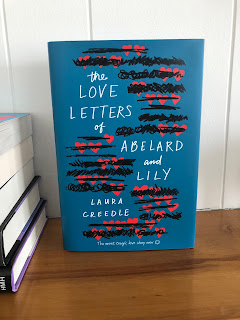 The Love Letters of Abelard and Lily is written about two 16 year olds with disabilities. Lily, the narrator, has ADHD and is off her medication, and her love interest is Abelard, who is on the Autism Spectrum. These two characters have so many problems of their own but begin to bond over their shared love of The Love Letters of Abelard and Heloise after an unexpected kiss in the principals office. The rest of the book is focused upon their developing relationship and the events which lead to this. But, there are many obstacles that they need to overcome, as they both have difficulties of their own in the process and this may impact each of them.

I have never encountered a book that gave a quite respectable and accurate representation of disability. As someone who has encountered people with both disabilities, the situations that both of them find themselves in are so so true and accurate. Even if you do not have ADHD, the way that Creedle has described Lily, makes you feel like you are experiencing what she is experiencing. You could understand her thought processes and why she was struggling. I also enjoyed how Creedle incorporated some strangely worded sentences into the book. These were obviously to show how Lily had difficulty deciphering some words when in conversation with some people. The bond that Abelard and Lily developed through their love of the letters was so amazing and it made me smile. The only thing that did frustrate me was the fact that Lily kept referring to her disability as a burden. I believe it is something that made her unique and there are people out there is the world with disabilities that hinder their everyday experiences much more.
If you are after a raw and realistic read regarding teenagers with disabilties, I would highly recommend this.

I hope you all enjoyed reading this post about some books which I believe should be hyped up more than they are. Each of these books I thoroughly enjoyed and I think that you will too! :)